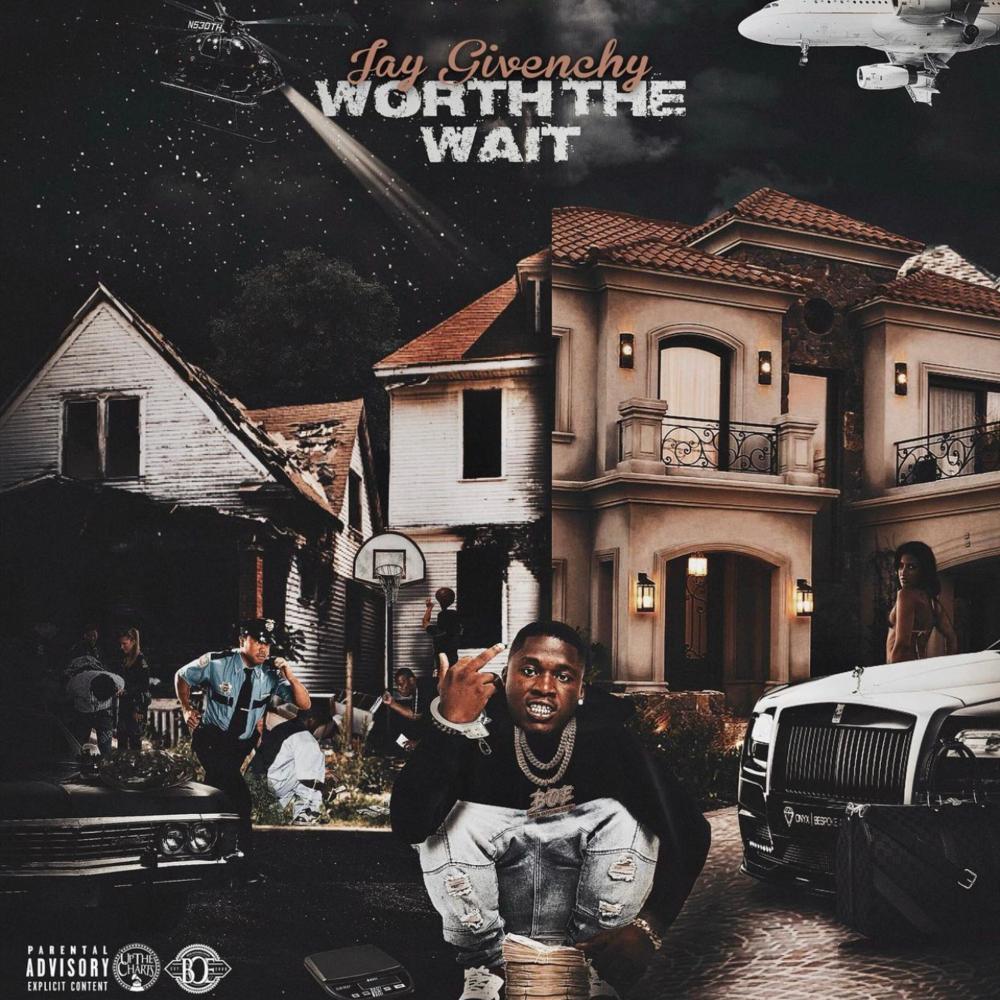 Jay Givenchy is clearly one of the fastest-rising independent rap stars out of Florida. With his melodic flow and vivid rap style, he’s sure to win over the hearts of all who hear his music. Born and raised in Broward County son of a Bahamian mom and Haitian father, Jay Givenchy had a rough path growing up in Pompano Beach in a single-parent home, his mother worked two jobs, and being the third of six children, young Jay Givenchy had a lot of time without parental supervision, so he had plenty of opportunities to get into all sorts of mischief. This free time in his hands led him into going in and out of jail from a young age and had him missing a lot of steps of normal development through adolescence into adult life. At age 19 after serving 4 years he made a promise to himself & his fans to never go back and work on his god-given musical talents.
Fast forward to now, he’s back with his first official EP “Worth The Wait”, ready to shake up the music scene and all streaming platforms. The Songs on the Ep give off a melancholic but, at the same time hopeful, type of vibe characterized by smooth vocals, trumpeting melodies, and witty wordplay; which plays a fundamental role in the perception of his EPas an open testament, and a promise to everyone who ever supported him, that it was all “Worth The Wait”. Jay Givenchy recently released a Promotional music video titled “Sh!T Straight” via Up The Charts hinting at a possible full-length project being released in 2021 and since then the fans have been patiently waiting for more music.